Manly Corso has been named as one of “Australia’s most exciting retail destinations” and positioned in the top 10 Australian shopping strips, in the 2016/17 Inside Retail Australian Property Report.

Analysing locations for retail spending, tourist trade and surrounding economic factors, Manly was placed ninth, ahead of George Street at number 10 on a list of “the strips where retailers would most like to be”.

The Corso’s inclusion in the list came as no surprise to Northern Beaches commercial real estate specialist, Patrick Kelleher.

“Many of Manly’s estimated million annual visitors come by ferry and funnel straight into the iconic Corso,” said Mr Kelleher, who is the Director of Manly-based Pine Property.

“The Corso is the main artery of Manly’s CBD, running from the harbour to the beach,” he said.

“Retailers benefit from the huge exposure to domestic and international visitors. This is coupled with a strong local market and translates to high demand and low vacancy rates – in the order of only a few per cent.”

This demand is also evident in Corso property ownership which has experienced historically low levels of turnover, according to Mr Kelleher.

“The vast majority of Corso property sales occur off market,” Mr Kelleher said, adding that ownership demand is another ranking index used for Inside Retail’s report.

Mr Kelleher sees Manly’s strong local economy and community events like the Manly Food and Wine and Jazz Festivals along with the Australian Open of Surfing as other reasons why the area is so attractive to retailers.

“The abundance of high net worth individuals – partly driven by the sustained growth in the residential property market – is a strong source of revenue for Manly retailers,” he said, adding that this is helping drive the Corso’s attractiveness to high-end multinational operators.

“We recently placed Tommy Bahama and Tigerlily and we are seeing increasing enquiries from international retailers,” Mr Kelleher said, adding that they are also attracted to The Corso’s relatively competitive rents, given the location and market attributes.

“I commend Manly’s planning and precinct mix, the improving retail mix and the way it is becoming increasingly family and pedestrian friendly,” Mr Walker said, adding that the world’s most renowned retail centres are not car friendly.
“Good shopping precincts encourage pedestrian traffic and they encourage community.”

“As the Corso improves its facilities, ambience and environment; as it becomes increasingly attractive as a place to visit, then by definition it will attract larger retailers.”

However Mr Walker said it is important to continue fostering the local community.

“It is the community that draws the tourists. If it is only the big brands such as McDonalds or KFC that can afford the rent, then that is a problem. It is a challenge for the landowners and asset owners.”

“High performing shopping precincts around the world do try and keep a localised flavour to their precinct mix.”

Pitt Street Mall was named as the number one shopping strip in the country, followed by Melbourne’s Bourke Street. The Corso outshone Adelaide’s Rundle Mall – which was third place in 2014 – and Cavill Avenue in Surfers Paradise, neither of which made the 2016/17 top 10. 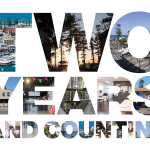 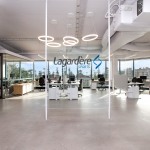 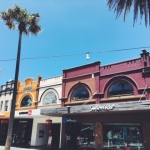 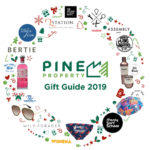